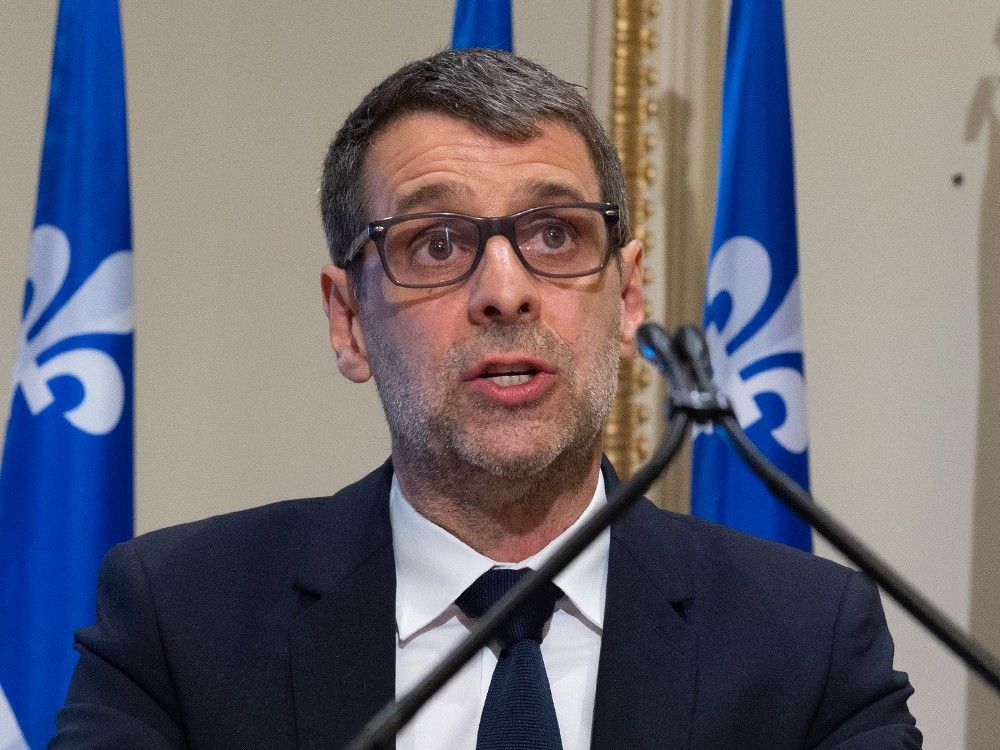 Pierre Poilievre and Éric Duhaime go back a long way.

In the spring of 2003, Poilievre, then a young political attaché, sacrificed his vacation weeks to help Duhaime in order to have him elected deputy of the Action Démocratique du Québec (ADQ), a right-wing provincial party, in Deux-Montagnes, north of Montreal.

“He was an exemplary volunteer,” Duhaime recalled in an interview with the National Post.

Poilievre spent his free time door-to-door and working on the phone, and Duhaime said his young volunteer was particularly popular with the English-speaking minority in the riding to the point that he was part of a small committee called “Anglos for Eric”.

Duhaime finished in third place, far behind the Parti Québécois (PQ) and the Liberal Party of Quebec (LPQ). “Anglophones didn’t listen. They ended up voting Liberal and they lost, just like we told them they would,” laughed Duhaime.

Fast forward nearly 20 years, and the ADQ is a long way off. It ended up being swallowed up by the Coalition nationaliste Avenir Québec (CAQ), which now forms the government.

Duhaime, after a career as a radio commentator, is back in politics at the head of the Conservative Party of Quebec, which is gaining ground under his mandate. In his first year, membership grew from 600 to 57,000 and his party overtook the Liberals in a recent by-election in Montreal’s South Shore with over 10% of the vote.

He also proved to be a thorn in the side of Prime Minister François Legault, especially on the pandemic restrictions which have been particularly severe in Quebec.

Duhaime, who announced his intention to run in the riding of Chauveau, north of Quebec, in the provincial election this fall, also managed to draw hundreds of participants to a recent community center in the region in early April, several having to listen to his speech outside for lack of space.

“You are the silent majority who are increasingly saying ‘Legault, that’s enough’,” Duhaime told them.

He was an exemplary volunteer

Replace “Legault” with “Trudeau” and it could very well be part of a Poilievre speech that has drawn crowds in the hundreds, if not thousands, across the country in his bid to become leader of the Conservative Party of Canada in the past. a few weeks.

Yan Plante, a former conservative strategist and vice president of public relations firm TACT Conseil, has known Duhaime and Poilievre for years. He said both are staunchly conservative and have a keen sense of political strategy.

“They don’t shy away from defending their positions, even when they’re unpopular with the establishment, with the elites,” Plante said.

He also said the two politicians were not using Donald Trump-style populism, but a “Canadian-light populist approach” to attract new supporters from all walks of life.

These include parents, who have seen firsthand the devastating effects of lockdown measures on their children in recent years, or young voters worried about their economic future and their chances of buying property on the market. lodging.

“They’re bringing new conservatives into the movement,” Plante said. “But will it last? Will these people go so far as to put their ‘X’ in the ballot box when the time comes?

Duhaime, officially, takes no position in the federal Conservative leadership race. He said he encourages his members to vote for whoever they want and that many of his supporters also work for former Quebec premier and candidate Jean Charest.

But Duhaime biographer Frédérick Têtu recently told a local radio station in Quebec that there is “close personal contact” between Duhaime and Poilievre, and that it could bode well if Poilievre becomes leader of the Conservative Party. federal.

“Eric must remain neutral in the leadership race of the Conservative Party of Canada, out of respect. But it is certain that if Poilievre becomes head of the CPC, everything is on the table to have a nice informal collaboration, because they are two separate organizations.

“But there is a convergence of spirit between the two.”

Sign up to receive the best daily stories from the National Post, a division of Postmedia Network Inc.

The next issue of NP Posted will soon be in your inbox.