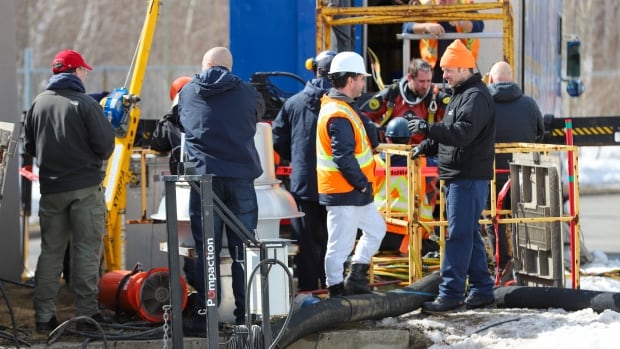 Quebec City officials say a broken valve at one of its water treatment plants is causing thousands of cubic meters of raw sewage to spill into the St. Lawrence River every hour.

In a press release on Sunday, the City indicated that melting snow and heavy rains caused the valve to break in the closed position on Saturday evening at the West wastewater treatment plant, located in the Sainte-Foy district. .

The wall valve, which controls the entry of sewage, is in a flooded section of the treatment plant 30 feet underground.

Some 21,000 cubic meters of raw sewage has flowed untreated into the river every hour since Saturday night as the city works to fix the valve.

Valérie Tremblay, director of water treatment operations for Quebec City, said experts are on the scene.

“We don’t know yet how long the repair may take,” she said.

The city said it informed the Department of the Environment of the incident as soon as it became aware of it.

Tremblay says the city wants “a quick fix so that by tonight the unblocked water valve will start flowing through the sewage plant again.”

Authorities are asking for the cooperation of Quebec residents, asking them not to flush baby wipes or sanitary napkins down the toilet.