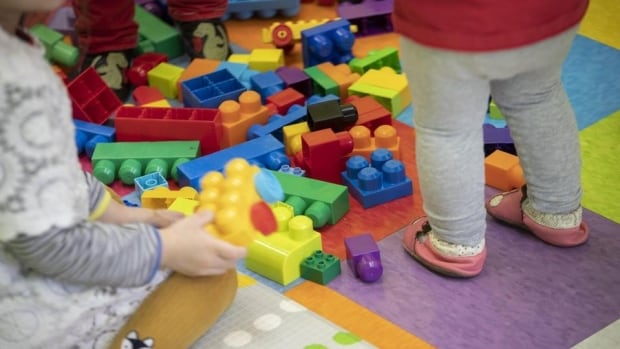 Three toddlers between the ages of two and three escaped a Quebec day care center Thursday morning and then headed for a busy road.

The first sign that something was wrong was when a passerby contacted the police to report that a young child was walking near Boulevard Robert-Bourassa at around 11:20 a.m.

“Our staff quickly went to the scene and confirmed the presence of a young child and then took him in,” said Marie-Pier Rivard, spokesperson for the Service de police de QuÃ©bec (SPVQ).

Stuck in the mud

A few minutes later, around 11:28 a.m., the daycare, located in the district of RiviÃ¨res, called the SPVQ to report the disappearance of two toddlers.

Several police teams have been deployed, including three dog handlers, to search the area, Rivard said.

A few minutes later, at around 11:40 a.m., Rivard said, police received another call from a passer-by who said he was with two young children in the same area of â€‹â€‹Robert-Bourassa Boulevard, which is an urban freeway. .

The police then went to a wooded area, where they met Nicole SÃ©nÃ©chal and Gervais Dumais who were taking care of two young children. Another passer-by had alerted them to the situation of the children.

â€œOne of them was in tears,â€ said Dumais. “His feet were completely stuck in the mud and couldn’t move.”

â€œThey didn’t flinch, they just froze,â€ he said. â€œAll I had to do was reassure them.

The couple had to try twice to get the child out of the mud before they were successful.

â€œLuckily the person who saw them called 911 because I’m not sure we would have seen them ourselves,â€ SÃ©nÃ©chal said, adding that she didn’t think the toddlers would have gotten away with it. went out without the help of adults.

The children returned to daycare in good health. Police say they were all dressed for the outdoors.

“We have established that there was nothing criminal in this incident, but we still had to report it to the DPJ who will get in touch with the Ministry of the Family, if necessary,” said Rivard.

Victor Tremblay, fulminated then burst into tears, when he learned that his son, Edgar, had left his daycare.

â€œTo think that my child crossed an urban boulevard at the age of two and a half, with his little colleagues from the daycare, it’s completely crazy,â€ he told Radio-Canada.

Thursday, Tremblay received a call from the director of the daycare, telling her that her son had “fled for about 20 minutes outside the daycare and that a police intervention was necessary to find him”.

But a few hours later, at 4 p.m., an acquaintance, who had seen three children walking by the busy road, called him and gave him a clearer picture.

“I had just realized that my son had crossed an urban boulevard, I fell on my knees, I was screaming, for real, I was like, ‘What are the chances that nothing is happening?'”

Tremblay has since withdrawn his son from daycare.

The daycare explained the events in a letter to parents.

According to the letter, obtained by Radio-Canada, an educator was taking care of a child who needed help and while she had her back turned to him, three children slipped “through the front door of the daycare. “.

“Our building complies with the building code regulations and the requirements of the Ministry of the Family, however, we will add a security mechanism to prevent this situation from happening again,” she said in the letter.

Strikes to close three ferries in Quebec from Monday