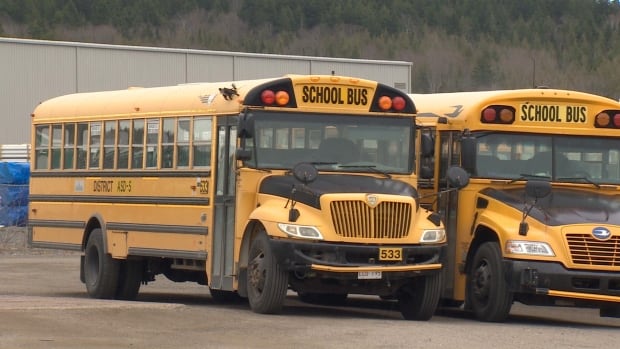 A 13-year-old girl who was injured in a school bus crash on Tuesday afternoon has died from her injuries, according to the RCMP.

The girl had been taken to hospital with life-threatening injuries after the incident on Woodlawn Road in Dorchester.

The RCMP answered a few questions and said they will not explain what happened.

Ouellette said police did not suspect “criminality was a factor in the girl’s death.”

“Considering this, we cannot comment further on the details surrounding the incident in order to protect the privacy of those involved,” Ouellette said.

In a letter to parents, school principal June Leger said the district had no further information about what happened.

When asked for an update Thursday, a school district spokesperson said no further comment would be made.

“Following the RCMP’s investigation into the incident, there is no further action to be taken,” Stephanie Patterson wrote in the emailed statement. “In the interest of respecting the privacy of those affected, we are unable to comment further.”

She said Dorchester Consolidated School would remain open on Thursday for students and staff who want to meet with members of the Education Support Services team. Parent-teacher meetings are cancelled.

The coroner’s office is investigating

A spokesperson for the coroner’s office said they were investigating the incident.

As this is an active investigation, Geoffrey Downey said he could not comment further.

WorkSafeNB has confirmed that it is not investigating the incident.

Robert Corkerton’s children travel on the same school bus as the deceased daughter, but were not on the bus on Tuesday afternoon.

The details of the incident will eventually have to be worked out, but now is not the time, said Corkerton, who is chairman of the school’s parents’ tuition support committee and a member of the Dorchester village council.

He said the focus should be on supporting students for the time being.

“As the parent of a child on that bus, I’m not worried about the details right now,” said Corkerton, whose son was a classmate of the deceased girl. “I think more about our family, our community. That’s where I worry.”

On Twitter on Thursday afternoon, Area MP Megan Mitton said that “her heart is heavy to learn that the little girl has passed away… My heartfelt condolences to her family and the community at Consolidated School of Dorchester. I know it’s a difficult time. for the entire community of Dorchester.”

“My heart goes out to everyone affected by this tragedy. Counselors will continue to provide assistance to students and staff,” he wrote in an emailed statement.

“As the school and community mourn the loss, the department is working with the crisis response team and school crisis plan to ensure emotional and mental health supports continue to be available. “

But he declined to provide details of the incident “in order to protect the privacy of those involved and to respect the police investigation”.