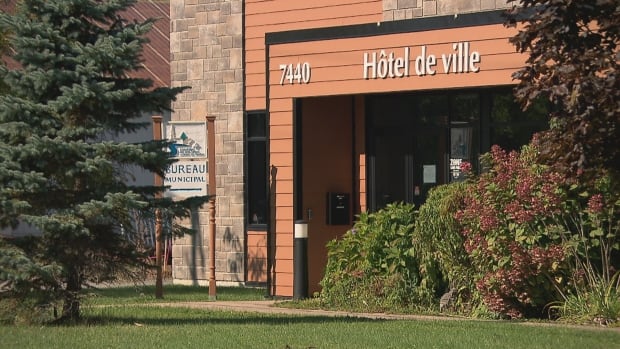 11 cities in Quebec will be without mayors after the elections

After 16 years of municipal politics, including 13 as mayor, Jean Bergeron was ready to hang up his skates.

No one, on the other hand, offered to put them after him.

Thus, the 62-year-old retiree will serve another term as mayor of LotbiniÃ¨re, Quebec, a town of about 800 inhabitants located on the south shore of the St.Lawrence River, roughly halfway between Trois-RiviÃ¨res and Quebec.

If he didn’t, the city would be one of 11 in Quebec without a mayor in the November 7 election, because there is simply no candidate ready to take the job.

However, five of the six council seats remain vacant in LotbiniÃ¨re.

Com. Philippe Jean is the only one to have decided to stay another four years, knowing that there would be no one to replace him if he did not join the mayor in another term.

“Young people should be interested in it,” he said. â€œIt’s your future. You are improving your environment and also building your community for your retirement. “

Bergeron said he will be one of many municipal leaders across Quebec who are striving to attract more people to a position.

â€œWe will have to be inventive in our way of communicating with citizens,â€ he said.

â€œDemonstrate the beauty of the challenges ahead and the richness of what we get out of it as an individual. Because there are not only difficulties, there is also something very rewarding about serving our community.

He said a lot of people don’t want to come forward because they don’t want to face criticism from the public. Social media makes it much easier for people to hurl insults at political leaders, and there are cases of top candidates in Montreal bowing. out for this very reason.

But it’s not just the online atmosphere that makes people hesitate.

“I’ve heard a lot of people leaving because they’re fed up with attacks. Damage to vehicles and things like that,” said Scott Pearce, vice president of Quebec Federation of Municipalities (FQM).

He is also the mayor of the township of Gore, Quebec, approximately 100 kilometers north of Montreal.

Pearce said this can be especially difficult in small towns where everyone knows each other.

He says the FQM is working to attract more women and young people to run for office.

“We even have a program where some elected officials will take them under their wing and show them the ropes, so I think it’s good for the future,” he said.

People too busy to hold a position

The low pay of holding a municipal office in a small town coupled with a busy life can also be a reject for people these days.

For people like Sonia Lavallee, acting mayor of Blanc-Sablon, Quebec, there just isn’t enough time to run the city and work full time.

She took over as mayor when Wanda Beaudoin died on June 13. The city is located near the border with Newfoundland and Labrador.

Lavallee works as a daytime teacher and was ready to be mayor during the summer because she had free time, but it is impossible to attend daytime meetings while working full time.

She said the mayor is usually required to be in the office 25 hours a week. She is not running for office, so on November 7 the city will not have a mayor.

Lavallee said candidates still had time to register to run for mayor. If no one shows up, he can be appointed by the board.

â€œWe expected that there would be more people interested in participating,â€ she said. “It’s a bit disappointing.

Without a quorum, the province ends up intervening

Janick Houde, spokesperson for the Quebec Ministry of Municipal Affairs, if there is no candidate for a position, the returning officer must repeat the election for that position.

The returning officer issues a new election notice and a new campaign begins. The process can only be restarted once, Houde said.

“If there is still no candidate, the returning officer advises the minister who can order a second restart or appoint an eligible person for the position concerned,” she said.

“The current mayor then remains in office until a new mayor is elected and sworn in following a new ballot or following an appointment by the minister.”

During this process, the outgoing mayor can always resign, she said.

If there is a quorum within a municipal council (the minimum number of members of a deliberative assembly), the other members of the council continue the administration of the municipality.

In cases where a mayor’s seat is vacant during the term of office but there is still a quorum, councils can appoint a mayor.

In the absence of a quorum, the municipality is administered provisionally by the CQuebec municipal commission, she said.

As of October 13, the cities in Quebec that still do not have a candidate mayor are:

According to Radio-Canada, 105 mayors of the province ran without opposition this year and were re-elected without a vote.